Recent statistics show that Emigration has gone up by 17 per cent since last April. Our young minds are leaving Ireland, and it doesn’t look like this trend will stop any time soon. The recession is in full bloom and nothing can kill it.

A recent poll in NUI Galway shows the general feeling towards emigration among students, with 58per cent of students who took part in the poll showing disappointment in the state of Ireland.

Shannon Holton, 19, feels the government are to blame. When asked if she thought Ireland had a future for young people, he replied; “No. The government won’t do enough.” Her friend, Lucia Egore, 19, has a similar view and added that “there’s not enough employment.”

Yes, the government seems to be shouldering all the blame, but not everyone has lost faith in them. 20-year-old Martin Tully has plans to emigrate so that he can broaden his horizons, and see a bit more of the world. Despite his plans to leave, he has hope that some day the government will pull us out of this mess: “Yeah I think Ireland has a future with the current government compared to the last one. It’s heading in the right direction.”

Martin wasn’t the only one who was staying positive. 21-year-old Aine Coughlan insists that Ireland has as much of a future for young people as the rest of the world: “America is in the same situation – everyone is.” Eva Foley, 22, also remains optimistic: “Things look bleak at the moment but we’re doing the best out of all the Eurozone countries, so hopefully we’ll pull out of it.” James O’ Malley, 20, also does his best to stay hopeful, stating that Ireland can improve “provided we can create jobs indigenously.”

Many students are making the best of a bad situation. To them, emigration is not a bad thing – its an opportunity to see some of the world. Sinead Higgins, 18, says she’s “bored of Ireland” and Aine Brady, 19, would emigrate purely for a “change of scenery”.

Optimistic Eva Foley, 22, when asked if she would emigrate, said: “Yes, I would because there’s not a lot of jobs in my field and I’d like to see a bit of the world. I’ve travelled before and I’d travel again.”

However, with every optimistic student in this poll, there were at lest three pessimists. Many students feel that Ireland doesn’t have a hope, and that emigration is the only way to make a life for themselves: “Everyone’s emigrating,” says Ashling Hogan, 18, “there’s no jobs and no reason to stay.”

John Dempsey, 21, did not hesitate in answering when asked whether he would emigrate: “Absolutely 100 per cent! Because I feel there’s nothing in this country and I’d like to see some of the world. It seems to be the norm to emigrate.” Many of John’s friends have emigrated, so he feels he should get in on the trend. “I’d say a good 50 per cent of my friends have emigrated. Skype seems to be the new place to chat face to face.” John, like so many of his peers, feels that there’s nothing left in Ireland: “Not at the moment. Our generation hasn’t a hope.”

Karen Walker, 21, made a statement that was common around campus: “I don’t want to emigrate, but I will if I have to.” This shows that many Ireland’s young people don’t want to leave her, but feel they have not choice: “Right now I think it just seems like there’s not going to be any change. I don’t think there’s much future, except in the dole queue.”

Is the dole queue the only solution for those of us who really don’t want to emigrate? Jason Hoare, 21, feels that it depends on what you’re studying. As a Zoology student, he thinks he, himself, will emigrate: “There’s no jobs in the course I’m studying. I think it depends on what [students are] doing in college.”

Finally, Tara Keena, 19, feels that she has to emigrate; “there’s no jobs here”. She doesn’t know many who have emigrated, but her brother is gone, and she feels that Ireland has nothing more to offer her. When asked if she thought Ireland had a future, she replied with a very simple statement; “Yes, hopefully… In about 50 years!”

So it appears Ireland is losing its mind. The young people are leaving in droves, and the ones who are left behind feel they will have no choice but to leave once they finish college. It doesn’t bode well for the future generation, but we must remain optimistic. Things can only get better… right?

Me, Myself and I 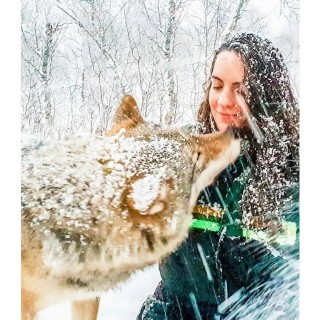